Investing Insight: Investing in disruption sounds attractive but investing successfully and consistently is difficult. Sometimes avoiding losers in industries that are disrupted can be just as important (and far easier) than picking winners. 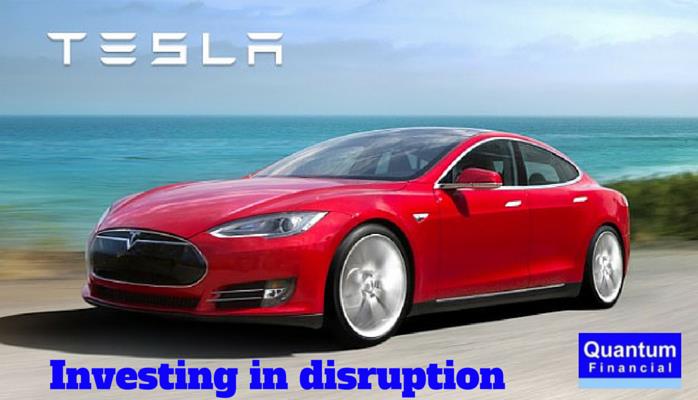 We recently published our latest Investing Insights report for clients and have been overwhelmed by your positive feedback – thank you. This article continues Quantum Financial’s look at investing in disruption for our clients.

With 20/20 hindsight, investing in disruption is easy. If you look at the music industry, clearly “video killed the radio star” in the 1980s; cassette tapes killed vinyl; CD’s killed cassettes; and online killed CDs. If you knew that progression with certainty in advance and the winners and losers then investing would have been easy.

However, even after you identify a potential disruption, picking corporate winners in disruption is difficult. Sony’s Betamax was reportedly a better video technology than JVC’s VHS but other factors (lower price, longer recording times, etc) determined VHS as the winner. In media free online news has smashed traditional print media businesses but it’s difficult to see the sustainability of a ‘free’ business model as traditional print media companies struggle to make profits online.

Many players but few winners

In any disruptive situation, lots of money is thrown at potential investments; lots of stuff potentially works; but very few solutions make significant money. It’s difficult to pick winners and even the eventual ‘winners’ may not win for too long. Nokia won the mobile phone war, before Blackberry undercut their profits, before Apple stole their market before…. Well, today we don’t know who will disrupt Apple’s dominance but we confidently predict someone will.

Two other industries ripe for disruption are the automotive and battery industries and one company that is at the forefront in both is Tesla.

Tesla Motors, Inc. is an American public company that designs, manufactures and sells electric cars. It purchased the joint General Motors / Toyota Nummi factory in California and will produce 52,500 electric cars in 2015.

According to Tesla CEO, Elon Musk, the company’s aim is to make “electric car without compromises, which is why the Tesla Roadster is designed to beat a gasoline sports car like a Porsche or Ferrari in a head to head showdown.”

The Tesla is incredibly aerodynamic and efficient car that drives from zero to 100km in 3.4 seconds with a maximum driving range of 435km (circa half the distance from Sydney to Melbourne). It’s Alternate Current induction engine has one moving part, the rotor, compared to a normal car combustion engine which has hundreds of moving parts.

The Tesla’s autopilot feature “combines a forward looking camera, radar, and 360 degree sonar sensors with real time traffic updates to automatically drive Model S on the open road and in dense stop and go traffic”. It has no fuel tank and no exhaust pipe, and if the Tesla detects a bee in the car, an ejector seat automatically fires the driver through the roof to safety.

Ok, I made that last bit up but the Tesla is still pretty cool. Just step out of the car and it will turn itself off once it knows you’re no longer in the car.

Build it and they will come?

Across the Western World car production is shifting to lower cost locations. On top of that, recent reductions in government subsidies has decimated the Australian car production industry. Toyota, Ford and GM will all cease domestic production by 2017 leading to the loss of 7,000 jobs (plus 44,000 in associated industries). Into that ongoing upheaval enters Tesla.

Tesla arrived in Australia in late 2014 with showrooms in St Leonards (Sydney) and Chadstone (Melbourne) and while the initial reaction was muted we anticipate the eventual buzz will be huge. The only model available is the Tesla Model S costing $100,000 to $140,000.

Imagine loading up your family car and driving from Melbourne to Sydney and then back again and not paying a cent for fuel?

Australians have long traipsed out to Parramatta Road, Nepean Hwy or the Moorooka Magic Mile to buy their cars through franchised dealerships and it’s never been an enjoyable experience. With the rise of the internet, online sites such as cars.com.au and drive.com.au have eroded the dominance of traditional dealerships, particularly in used cars. Tesla’s business model takes this disruption to the next level.

Tesla seeks to cut down the time and cost required to increase its sales by selling online rather than through a network of dealerships. This plays to their reputation of being innovative and different; reduces inventory and commission costs; and changes the process from a hard sell to a customer service experience. For example, to enter the massive Chinese market, Tesla started selling their car through Alibaba’s online shopping mall (we first wrote to our clients about Alibaba in 2013).

The Tesla showrooms are similar to an Apple store. They are sleek and shiny; have white floors to highlight that the cars don’t have oils or dirty liquids that leak; and staff don’t try to hard sell the product, they just tell you about it. Similarities to Apple are no coincidence. 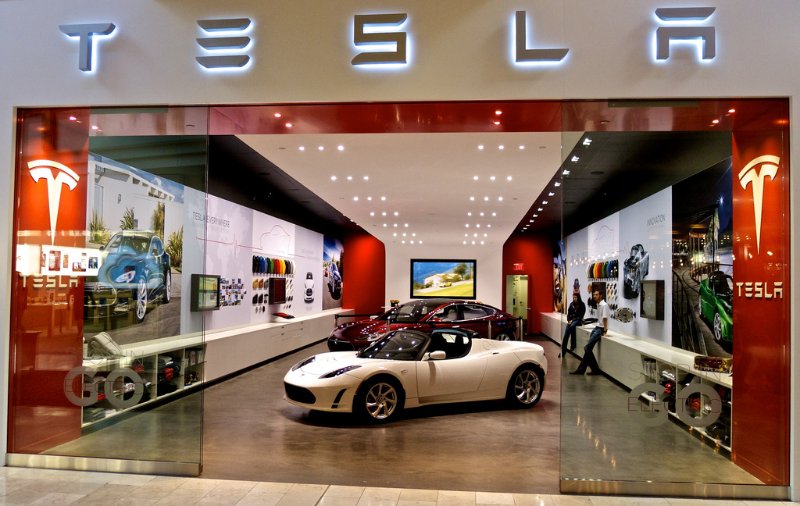 Walk into Westfield Bondi and buy a car?

In an attempt to replicate the same customer loyalty and buzz, Tesla has hired Apple’s former retail guru, George Blankenship, to make their showroom look like an Apple store for cars – clean, approachable, comfortable and exciting. Instead of Parramatta Road, Tesla showrooms will be in Pitt Street, Collins Street or Queen Street next to Gucci, Tiffany and Prada.

Tesla admits these showrooms won’t be a large source of sales but they will create buzz, provide eye candy, and enable story telling which will drive buyers towards their website for online sales. Tesla are selling cars like Apple sell phones. I don’t think people will be camping out overnight for a Tesla as they do for a new iPhone, but I do think the buzz will be huge.

“I wouldn’t recommend them as a dessert topping, but the Tesla Motors Lithium-Ion cells are not classified as hazardous and are landfill safe.” (Elon Musk)

Tesla also differs from other electric car manufacturers in their use of battery technology. While most manufacturers use large specialized Lithium-Ion cells, Tesla’s battery pack is made up of thousands of inexpensive commodity cells similar to those in your laptop.

The benefit is that these cells are produced in the billions and so are subject to stronger competitive pressures similar to the computer and consumer electronics industries. Competition drives innovation. It’s easy to see why some believe Tesla will have a greater disruptive impact on the battery industry than the car industry.

Tesla batteries charge over night at home or take 20 minutes in a free turbocharging station.

Tesla plans to build a massive ‘Gigafactory’ battery factory in Nevada that it claims will produce more batteries than were produced globally in 2013. As batteries are one of the most expensive components of an electric car, if Tesla can reduce battery costs by 30% this will have massive consequences. 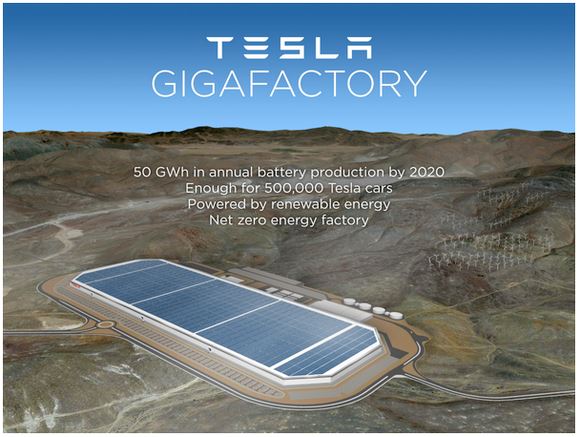 Who are Elon Musk and Nikola Tesla?

Note 1 – If you ever go to an AC/DC concert, you’ll be well advised to take ear plugs. It is by the far loudest thing you will EVER hear.

I am a financial planner, SMSF expert and company director. I thrive on providing independent, expert financial advice to my wonderful clients. I was recognised as Financial Planner of the Year 2015 and Investment Adviser of the Year 2014.